Oscar Nom Noms, Last of Us and the Willow Doc (?)

Wendy and Tara tell us about their sneak peak of Super Nintendo World at Universal Studios plus some Nerd News, more Last of Us and the Making of Willow documentary(?). Please subscribe, rate and review! You can find us on Instagram...

Last of Us and Save Warrior Nun

We talk to Sarah and Kelsey from the #SaveWarriorNun campaign plus we have some Nerd News and a Mail Sack and Wendy gives us a preview of Last Of Us.  Please subscribe, rate and review! You can find us on Instagram @shenerdsoutpodcast, on Twitter...

Spoilers abound as we recap Willow's first season! Plus Golden Globe highlights and Velma is terrible.  Please subscribe, rate and review! You can find us on Instagram @shenerdsoutpodcast, on Twitter @SNOPodcast and Facebook. You can send us an...

It's 2023 and SNOP is back! We have a list..to tear a part plus some Warrior Nun news. Please subscribe, rate and review! You can find us on Instagram @shenerdsoutpodcast, on Twitter @SNOPodcast and Facebook. You can send us an email at We have...

Encore Presentation: Give Me The SNOP with Kat Barrell

This episode was originally published on June 7th, 2022. It's Kat Barrell Day! We also jump into the Mail Sack and discuss Star Wars Celebration and Earp Expo.

This episode was originally published on December 22, 2020. We're celebrating Life Day by watching the Star Wars Holiday Special, we get into The Mandalorian Season 2 finale and we discuss some of out favorite cozy movies.

Our holiday Mail Sack is bursting with fun! Plus we pick the winner of the signed Kat Barrell Eh Con banner!  Please subscribe, rate and review! You can find us on Instagram @shenerdsoutpodcast, on Twitter @SNOPodcast and Facebook. You can send...

We chat with Cheska Bacaltos from Buzzfeed about her gift for providing the KTY content needed to sustain the fight to #SaveWarriorNun. Plus Liz In LA is the Quizmaster of the first annual SNOP Trivia Challenge! Please subscribe, rate and review! You...

We have a jam packed episode! Indiana Jones trailer talk, we discuss Willow (have you heard it's got some queerness floating around?) and we choose our favorite queer moments in Warrior Nun Season 2! Plus Earper Heidi tells us about the Kat Barrell Eh...

We had the pleasure of chatting with @tonteriyoung from #WarriorNun this week! Caterina made her grand debut and tried to (literally) steal the show. From road trips to #Avatrice first dates and a lot of randomness in between! Listen Now at ...

Email has been submitted. 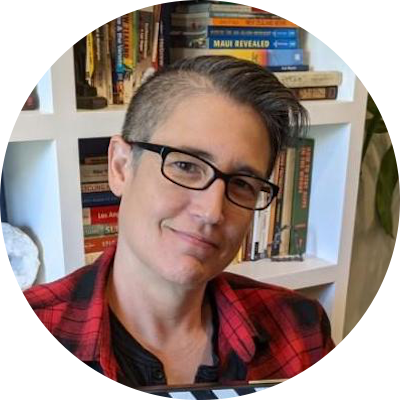 Cat has been nerding out since she was a kid. She fell in love with genre the first time she watched Star Wars after her brother rented it at the local video store in 1982. Her first fandom experience was with Xena: Warrior Princess. She became fully immersed in the fandom culture, even MC'ing for Lucy Lawless during her run of performances at The Roxy Theatre.

She's moderated panels for the Wynonna Earp fandom and loves talking about all things queer and nerdy. Cat has worked in the film and television industry for over two decades and currently works in TV as a Post Production Producer. 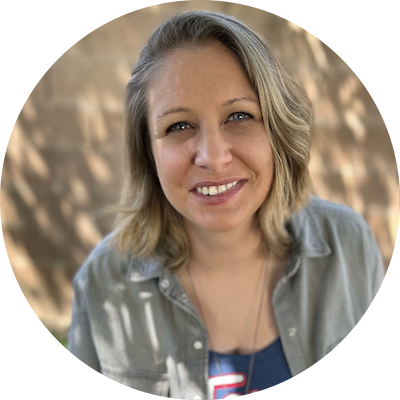 Her love for sci-fi, fantasy, and action-adventure films and tv grew over time, until it could only be contained in a queer, nerdy podcast. Whether it's classics like Star Wars, Doctor Who, and Xena, or more recent favorites like Wynonna Earp and Warrior Nun, Tara is here for it.

Tara has worked as a video editor and filmmaker in Los Angeles for over ten years, works at a hospital just like Meredith Grey (have you heard?), and currently lives with her two cats and giant dog/moose, Charley. 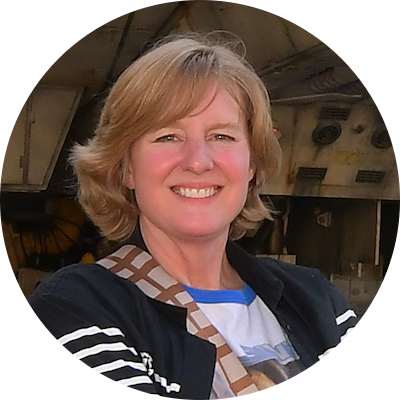 Wendy's parents forced her to see Star Wars in the theater when she was 9 years old. And thank goodness they did, because it shaped her into the nerd she is today. Her love of Star Wars led her to filmmaking, where she started by making Star Wars fan films. Turns out, she was pretty good at it, and won the 2004 Lucasfilm Star Wars Fan Film Award at San Diego Comic Con.

Her nerdy journey has also included a deep love for X-Files, Xena: Warrior Princess, and Person of Interest.

Wendy works as a news director at the NBC affiliate in Los Angeles, and has worked in television for over 20 years. She's also a member of the Director's Guild of America (DGA), just like her favorite director, Steven Spielberg!

"Nerds rule the world and these three will keep you laughing while also keeping you up to date on the latest and greatest. Keep it up!"

We Nerds LOVE She Nerds!

"Wendy, Tara, and Cat are the kids I would have loved sitting with at the school lunch table ... seriously and hilariously discussing nerdy news, the latest apropos movies and TV shows, gushing over q…"

A Hoot and a Holler!

"This podcast keeps me smiling and laughing out loud even when not appropriate places! I’ve been listening for a hot minute and still dance to the addicting jingle to start this podcast! Give this a…"

SNOP is the best!

"Cat, Tara, and Wendy are hilarious and fun. It’s a delight to bask in their nerdiness. I seriously doubt you’ll be able to listen to their awesome theme song without wanting to hang out with them."

"The best part of my morning commute. Keep up the great work. Sorry, I still can’t tell the voices of Tara and Wendy apart."